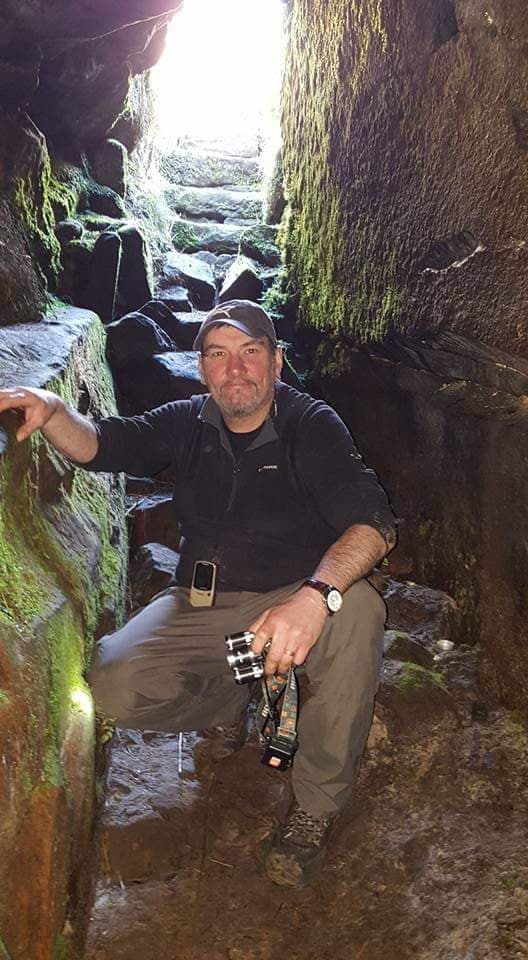 Northumberland is one of my favourite parts of the country to explore. Its the land of many mysteries and legends and has so many strange places to visit. One particular strange place is the cateran hole deep in the middle of the Bewick moors. No one really knows who or what made the hole…… some say its a natural fault line of the earth and some believe it was made by our ancestors.
So if it was man-made? then for what purpose.?

Our trip started off in the sleepy village of Eglingham where i met up with the fantastic four. W had a swift pint in the tankerville arms.

Our walk led us along the village road to a small farm named cockhall and across a shallow ford across the river. We were soon crossing the moors across bogs and grasslands till we came to the area of the cateran hole. We had an idea of the location of the hole but everywhere looked the same as far as the eye could see…..just moorland heather everywhere. After a while, we noticed a sort of indention in the heather and realised we had found the entrance to the cateran hole.

One obvious thing I noticed from the start is the steps leading down into the entrance have been carved into the rock so some of the structure is definitely man-made. We took our bags of and had a bite to eat before we ventured down into the deep cateran hole. One thing I noticed as I made my way into the darkness was the fools gold glittering everywhere on the walls and ceilings. The floor seemed very sandy. The cave carry’s on for about 30 meters where a large rock protruding downwards from the ceiling blocks most of the path. You can carry on by crawling on your hands and knees into the next chamber. I and Trev took turns to crawl through. You can stand up after getting through but can’t go any further in as it looks like the gritstone has caved in choking the path. Some say that the hole was used for smugglers and locals say that the tunnel actually leads all the way to chillingham castle. Another tale says it was used to rest the dead before burial.

After investigating the Cateran hole we out packs back on and started our walk across the moors to the old ruin of Blawiere farm where we planned to camp for the night. Blawerie is an 18th farm ruin up in the moors of old Bewick. The last family that lived here eventually deserted the cottage in the 1940s due to the modern world that was advancing with electricity and better living conditions. The farm was used by the army for a short while but eventually, the property fell into disrepair.

There is storeys that the place is haunted and that the swing hanging from the great sycamore swings to and fro by itself with no wind at all.

We arrived at the ruin just as the sun started to go down so proceeded to pitch our tents before night fall. We had a small barbecue where we cooked and talked till early hours of the morning.

After having a few hours sleep we were up, packed and soon exploring the ruin. I heard there was prehistoric art in the area but was amazed when i found a cup and ring markings on top of a crag. No one knows who carved them or why but I believe its symbolic in some way……it meant something to our ancestors who carved them, I just don’t believe someone carved them for the sake of it. Maybe its a clan symbol or represents something that happened in the past? but you find these all over Northumberland and around the world. This particular carving was so well preserved. 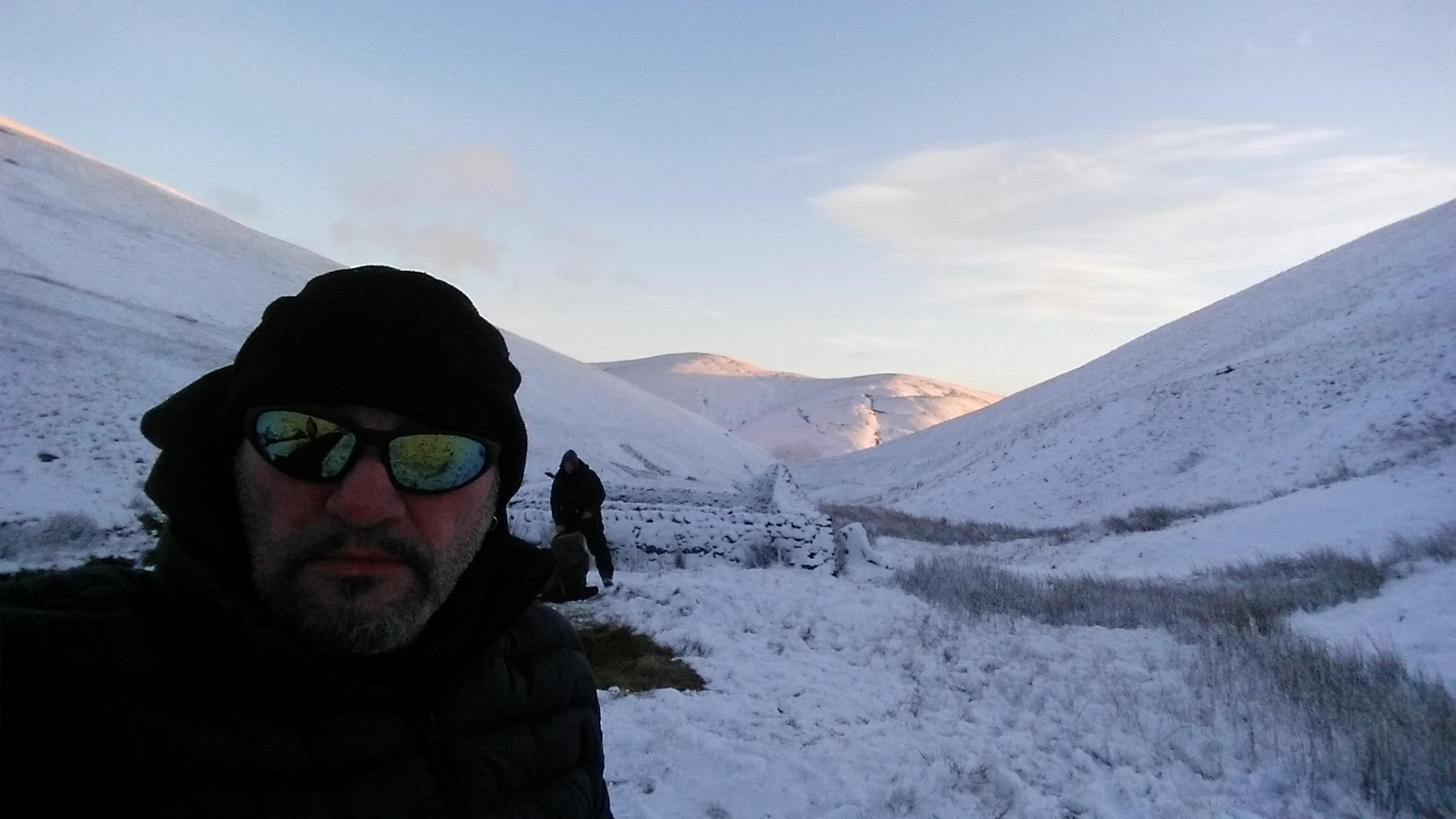 2 thoughts on “Blawearie circular wild camp and the cateran hole”